This Story is social enterprise devoted to sharing veteran’s stories by producing short documentaries. In this way they preserve significant moments of Australia’s history through first-hand personal accounts.

This Story was founded in 2018 by Jeff Hughes and Rachel Dutton. Jeff’s extensive film-making experience combined with Rachel’s background as a historian and entrepreneur, made it possible for the two of them to capture these precious stories. The idea for their venture came about from a short tribute film Jeff made for a work colleague documenting the memories of her father David White, a World War II veteran. Jeff was able to spend a day with David recording his recollections. Sadly, David passed away soon after, but Jeff finished producing and editing the documentary for David’s memorial to share not only with his family, but also with future generations.

When Jeff and Rachel started This Story they found it challenging to get in touch with veterans, as agencies who hold their contact information have very strict privacy policies. Jeff and Rachel then reached out to RSL sub-branches to share This Story’s vision and slowly, but surely, they gained access to veterans and were able to document their stories.

Jeff and Rachel discovered early on that it was beneficial to collaborate with other organisations that shared their vision, such as State Libraries and RSL sub-branches. “The Queensland State Library were keen right from the start to store and showcase all the full-length video documentaries we produce” Jeff explained. Working with the Queensland State Library, then provided a model for This Story to also work with other state libraries in preserving the digital stories that honour the sacrifices made by veterans. “Similarly, the RSL sub-branches have been invaluable in helping us get the word out,” Jeff said. The documentaries are available for anyone who would like to learn about the contributions veterans made to wartime efforts.

By February 2020, This Story had recorded interviews with 17 Queensland veterans. 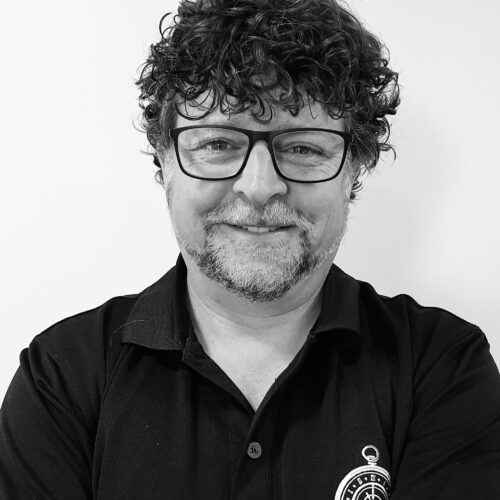 When the COVID-19 restrictions were announced, Jeff and Rachel found that many of the World War II veterans they were scheduled to interview were inaccessible due to the COVID-19 restrictions put in place for aged care residents. “It was a very stressful situation,” said Jeff, as This Story was at the point where they were finally gaining momentum to contact and interview veterans when everything abruptly stopped.

They shared these messages on their Facebook page, and were impressed by the engagement, with some videos attracting more than 6,000 views.

COVID-19 compelled Jeff and Rachel to reflect and adapt the social enterprise model for This Story. They expanded their focus to not only focus on World War II Veterans, but also veterans from other conflicts. “Initially we chose veterans from World War II as they are frail and their stories are time-sensitive, but we realised we can also interview veterans from the Korean conflict, the Vietnam War, Malaysia Emergency and Borneo conflict, as many of these veterans are still living in their own homes“ Jeff said.

They also realised that Anzac Day commemorations would be very different in 2020, compared to other years, as public gatherings or Dawn services were unlikely due to the lockdown in Queensland at the time.

For Anzac Day, This Story proactively recorded messages from service men and women at the Gallipoli Barracks, Enoggera, Royal Australian Air Force Base, Amberley, and the Royal Australian Navy Base HMAS Moreton for Anzac Day. Similarly, they recorded and shared messages from veterans, sports stars and government leaders. They shared these messages on their Facebook page, and were impressed by the engagement, with some videos attracting more than 6,000 views.

Jeff and Rachel were contacted by the media and interviewed by Channel 7 and Channel 9 news and local radio stations. The Courier Mail featured the veteran stories they recorded and their vision to immortalise veteran stories. “Suddenly we were not in the trenches anymore” said Jeff. “Veterans and their families started contacting us and wanted to share their stories.” This Story’s Facebook following grew organically from 300 members to more than 1,240 followers.

After Anzac day Jeff concentrated on turning many of interviews he recorded before restrictions were announced into completed documentaries. The COVID pandemic and its effects compelled Jeff and Rachel to reconsider w 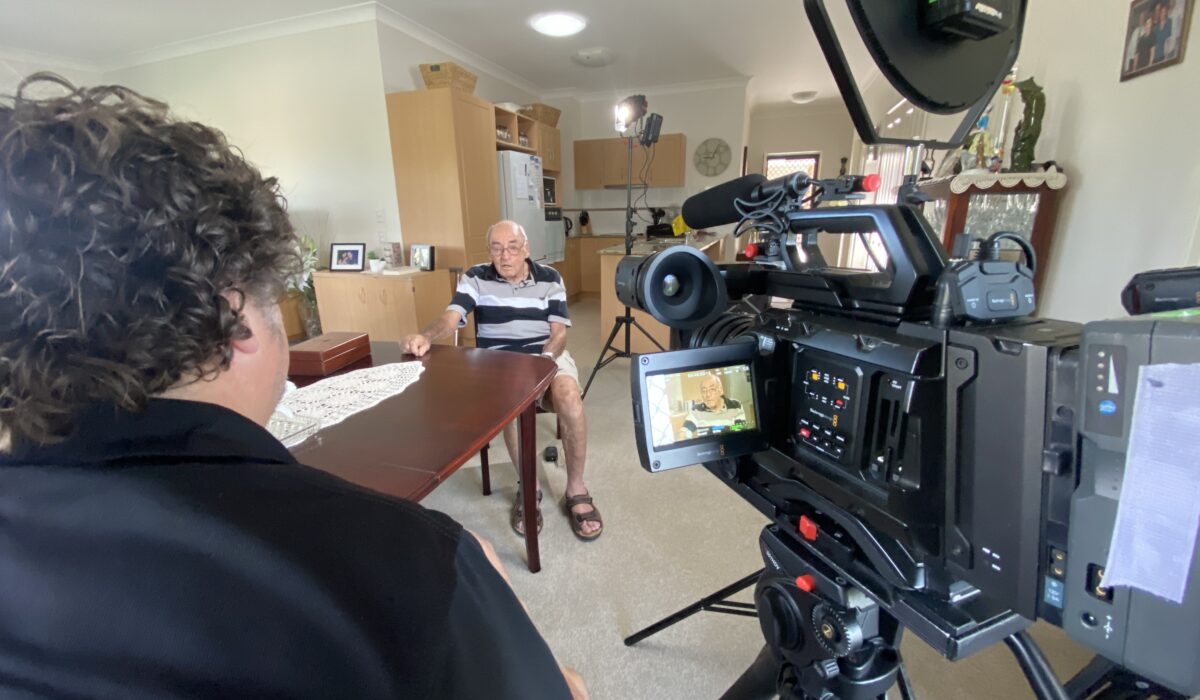 Through their online interactions they found out how many influential leaders shared their passion to celebrate veterans’ contributions. “We are in the process of forming an advisory board to help us shape where we go in future and to reconsider our funding model” said Jeff.

This Story obtained funding from the Northern Territory Lottery Office, which funds charity projects that meet their criteria. The funding will get Jeff and Rachel to the Northern Territory next to record the stories of veterans who live there. They have also had interest from other regions in Australia, so can expand their work in other states, and will continue to work with collaborators to extend their impact and realise their vision.

1 Set up an Advisory Board: “This is a great way to bring in like-minded experienced people who have the potential to take an organisation to another level.”
2 A crisis or pandemic provides an opportunity for reflection and efficiency improvements: “Reflection is valuable to move forward, instead of just doing the same old thing. We were able to improve efficiency in our logistics, editing and communication processes”.
3 Use the time available to complete projects: Instead of seeing the restrictions as an obstacle, it can provide time to complete projects, such as finishing editing of documentaries for This Story.
4 Diversify resources: Enterprises need an array of resources, such as people and income, and a crisis provides the time to think through how to diversify sources of income or involve advisors and/or volunteers. 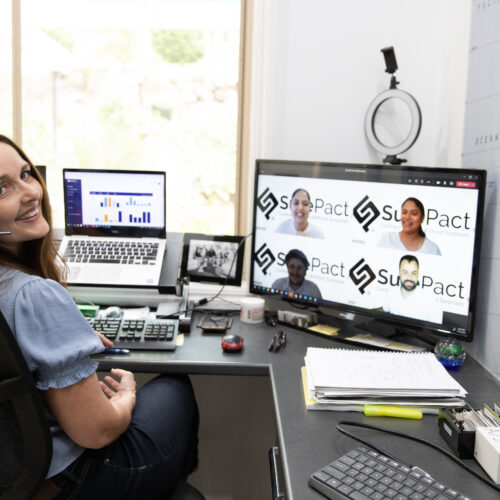 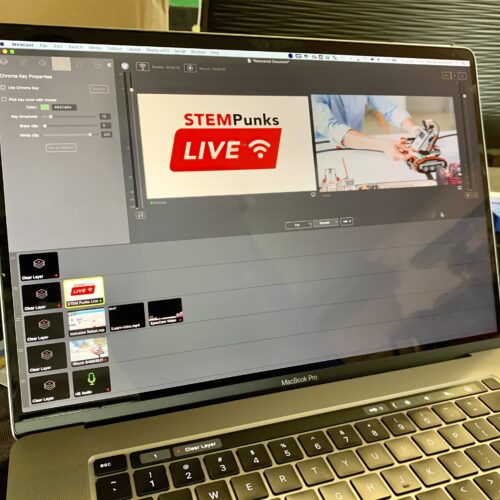 STEM Punks innovating amidst a pandemic 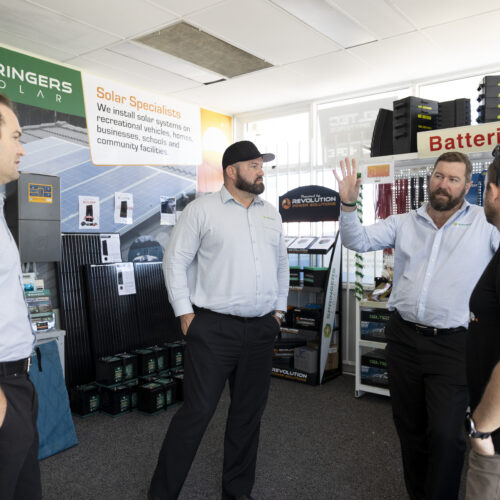 Springers Solar – ‘build a war chest’ to combat the crisis 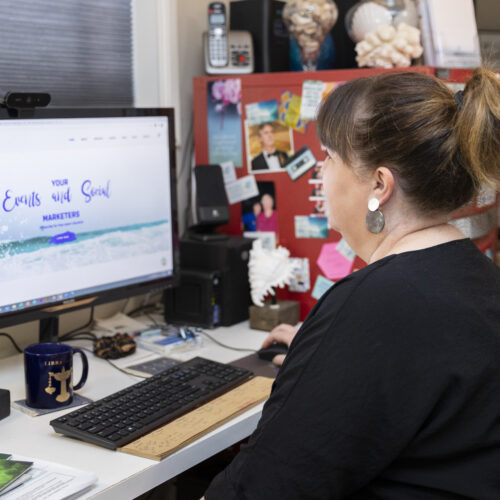